As Spring 2017 approached, I decided to make another batch of a beer that came out very well last year – my Konfrontational Kölsch!

I followed the same recipe, once again using mail order all the ingredients, which consisted of:

As I have previously mentioned, what I consider the biggest drawback to mail ordering brewing ingredients is not knowing definitively about the alpha acid contents of the hops.  These were no excpetion.  The morebeer.com website I ordered from shows the Spalt hops have an alpha acid range of 2.5 to 5.5 percent.  That’s a pretty big spread.

Lately I have been hedging my bets when I order hops, increasing the amount I purchase.  In theory, I will end up with sufficient hops that I can use in my kettle, usually having some left over (which generally go to waste).

I ended up going to the local homebrew store, hoping they still had Spalt hops in stock like they did last year.  I was able to pick up two ounces of 3.1 percent alpha acid hops (which is the same alpha acid content of the hops I purchased in April 2016.  This leads to more questions about my homebrew store and their stock:  are their hops fresh and are their labels accurate?  I have noticed on other batches that the hop alpha acid content is remarkably consistent, even if I there has been several years between making batches requiring specific hops.

My targets, based on Brew Pal, are:

I was a little low on the original gravity, coming in at 1.050.  My final gravity was pretty close (1.013).  The beer spent two weeks in primary fermentation at about 56°.  I transferred it to secondary and lagered it in the mid-30’s for about seven weeks.

When it came time to filter, keg, and carbonate the beer, I decided to give the Clarifier one more try.  But since past experience showed that I couldn’t trust it to do its job, and since I wanted my Kölsch to be sparkling clear, I hooked it up in series with my plate filter.

Using the Clarifier and Plate Filter in Series

I started filtering at 5:40 PM, setting the gas pressure to push the beer out of the keg at 3 psi. As before, the problem I immediately had was that I would push liquid out of the delivery keg to the “in” side of the cartridge filter, but would get foam on the “out” side of the filter.

Beer into the clarifier… 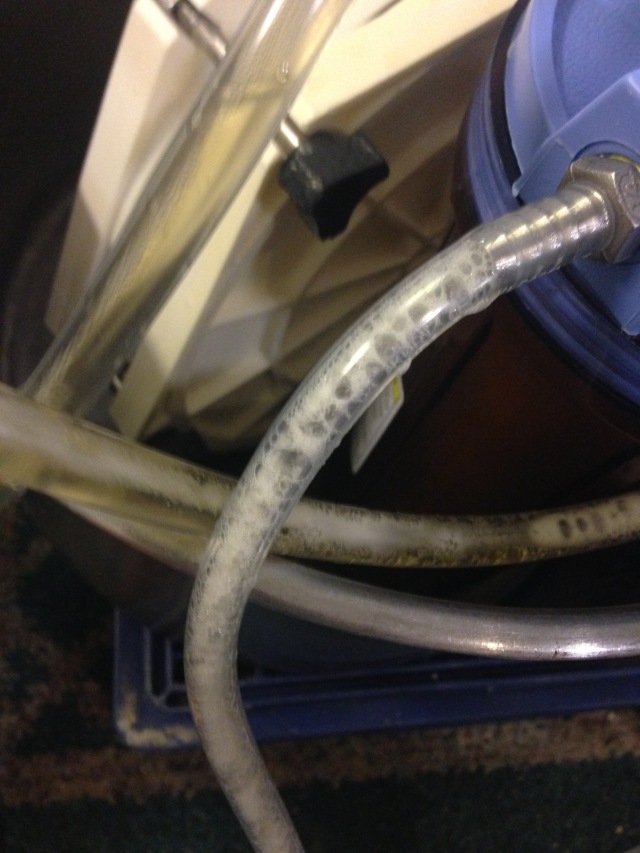 …foam out of the Clarifier.

With foam leaving the Clarifier, it would somewhat re-liquify in the tubing prior to entering the plate filter, but would exit the plate filter and enter the receiving keg as partly/mostly foam.

I finished pushing five gallons of beer through the filters at about 9:00 PM.  That is about 3-1/2 hours of filtering!  It also consumed a crap ton of CO2 gas.  There wasn’t much that appeared to be caught by the Clarifier, though the plate filter did its usual good job.

I carbonated the beer by rolling the keg for three minutes with the gas set to 25 psi.

I can’t really complain with how clear the beer turned out though! 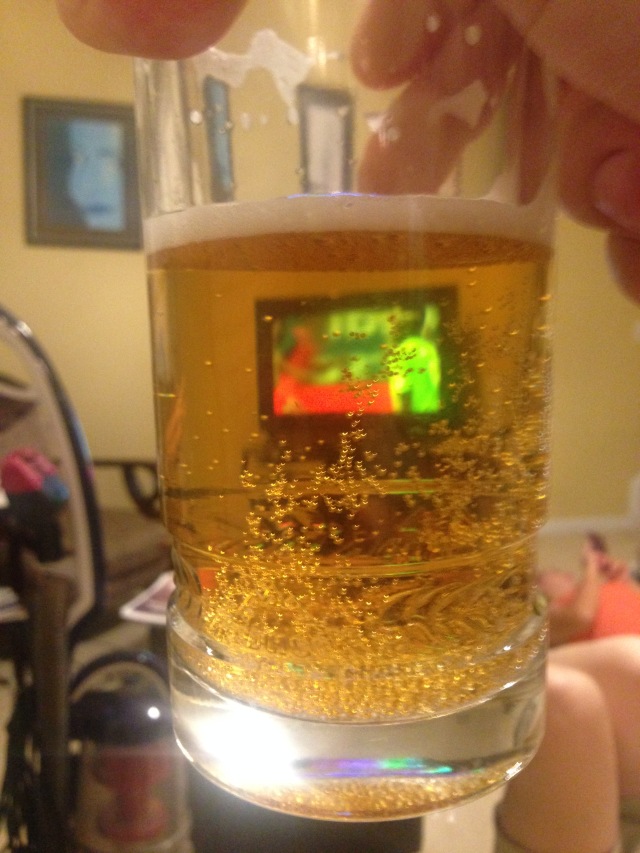 That is a clear beer!!

I did a comparison of my Kölsch to Reissdorf’s Kölsch.

Overall, I was very pleased with how this came out.  I had emptied the keg within a month of carbonating!